11-May-2020
The Indian Navy has completed two evacuation voyages to repatriate Indian nationals from the Maldives.  In the first phase of the operation, the amphib INS Jalashwa evacuated a total of 698 Indian nationals stranded in the Maldives on May 8, including 14 children and 19 pregnant women. A passenger on board told AFP that the circumstances were crowded, especially in berthing areas. The vessel arrived in Cochin Port on Sunday morning and disembarked her passengers. INS Magar, the second Indian Naval ship to reach the Maldives for evacuation of Indian citizens, departed Sunday with a full passenger roster. Prior to boarding, the evacuees were screened medically, their baggage was disinfected and they were given IDs corresponding to designated berthing zones on board the ship. Heavy rains at the port of Male, Maldives made conditions difficult over the weekend, the Indian Navy said, but the INS Magar made arrangements to ensure the safety of all on board. A total of 202 personnel embarked the ship, including 24 women, two expectant mothers and two children. One of the men, a native of Tamil Nadu, had a fractured leg. 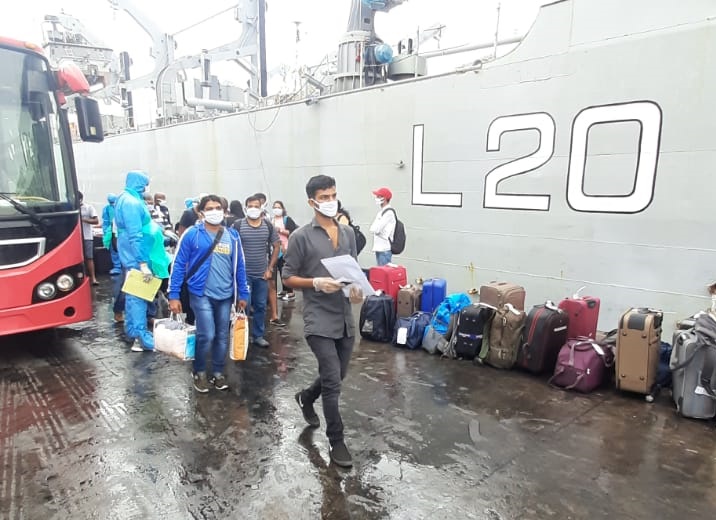 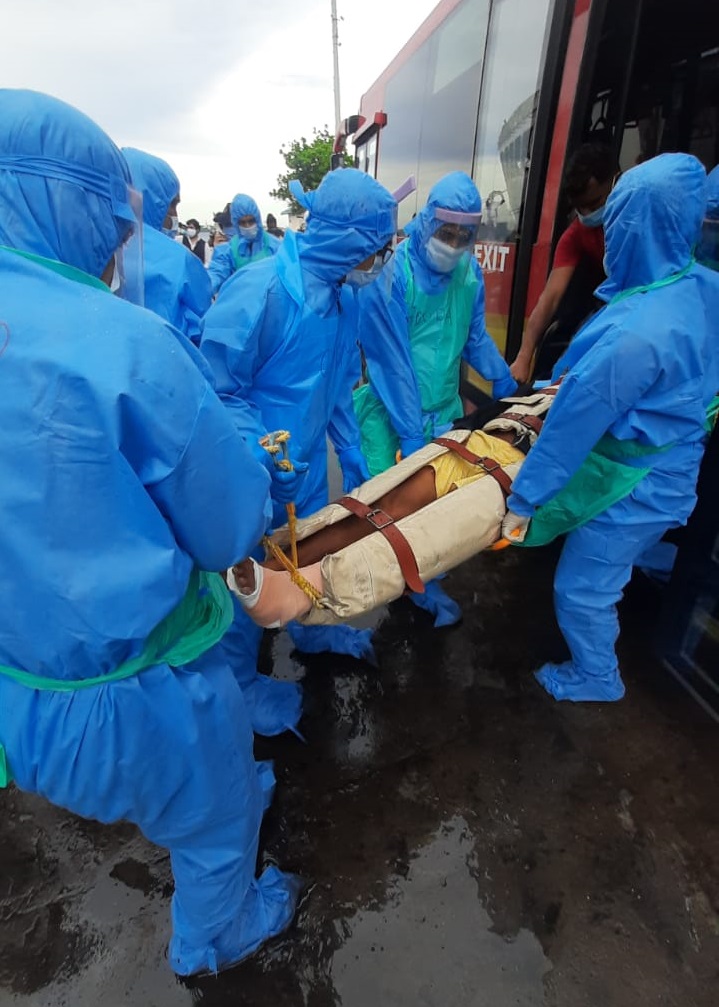 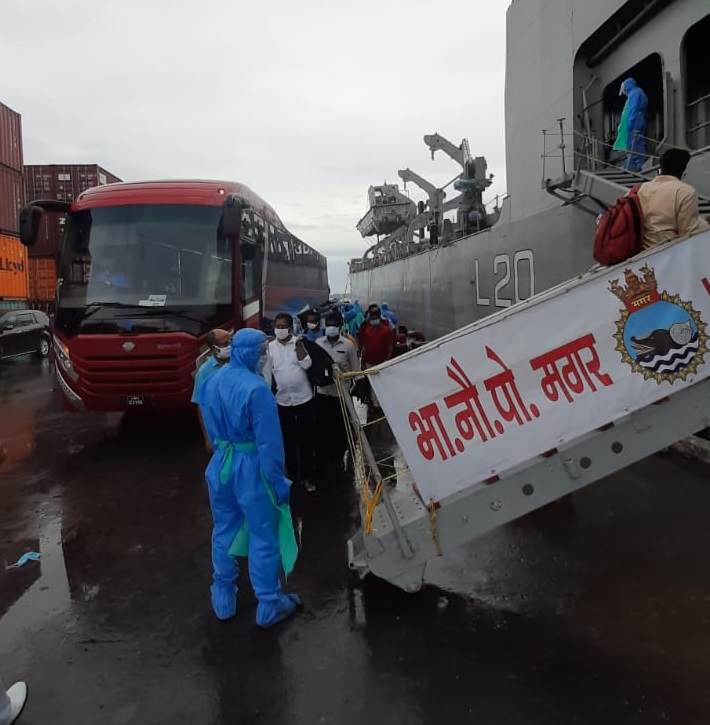 All images courtesy Indian Navy According to the High Commission of India in the Maldives, the fare for the one-way voyage was $40 per person.  Meanwhile, the amphib INS Shardul is under way to the UAE, where she will evacuate additional Indian expatriates. The effort is expected to expand to include other Persian Gulf states, and it incorporates flights by Air India as well as naval ship support. The massive transport mission could bring nearly 200,000 people back to India within the span of about six weeks, officials told The Wall Street Journal.  The Indian Navy is also facilitating the return of a few foreign servicemembers to their respective home countries. On Monday, the Indian patrol ship INS Shardha repatriated 10 Sri Lankan Navy sailors, delivering them to the island nation’s south coast after the conclusion of a joint training exercise. This service solved a logistical issue: Sri Lanka has shut down all inbound air travel as part of its (successful) bid to control COVID-19.