The Iranian shipment of fuel to Venezuela is continuing on plan without incident. Two additional product tankers arrived at the Puerto Cabello oil terminal in Venezuela, bringing the total to three vessels with two more still sailing towards their destination.

The Iran-flagged Petunia was the third vessel to arrive following the same route as the Fortune, which arrived earlier in the day, and the Forest, which was the first to arrive at the oil terminal. The product tankers Faxon and Clavel have yet to arrive to complete the shipment of a reported 1.5 million barrels of gasoline.

Venezuelan officials continued to celebrate the arrivals with messages on Twitter designed to taunt the U.S. Trump administration. 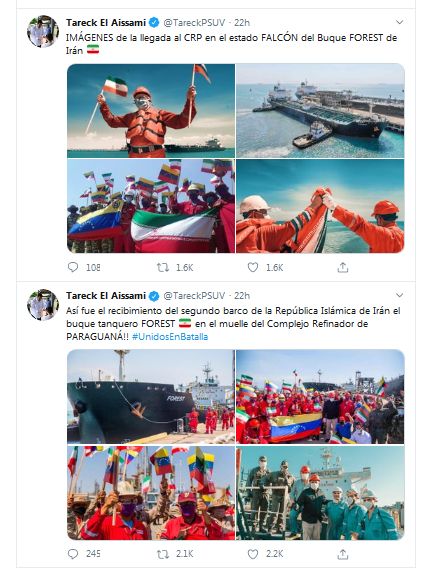 Nicolas Maduro, president of Venezuela, quickly announced after the arrival that the country would immediately implement a fuel distribution plan. But no details were supplied.

Venezuela once was a prolific producer of crude oil with a refining infrastructure for making gasoline and diesel fuel. However, years of mismanagement, a lack of investment, and economic sanctions have greatly reduced Venezuela’s refining capacity. The country continues to have large oil reserves but the sanctions are designed to prevent the sale of the crude oil on the world markets.

Recently, gasoline has been strictly rationed in the country with citizens forced to either wait on long lines for a limited supply or turn to the black market.

The U.S. Trump administration continues to criticize both Iran and Venezuela citing this oil shipment as just the latest in a long string of illegal transactions and violations of the economic sanctions on both countries.

While there had been speculation that the United States might make some effort to block or interfere with the shipment, the vessels proceeded with no reported incidents. The fears of intervention, however, had prompted Venezuela to dispatch its military to escort the ships into port. 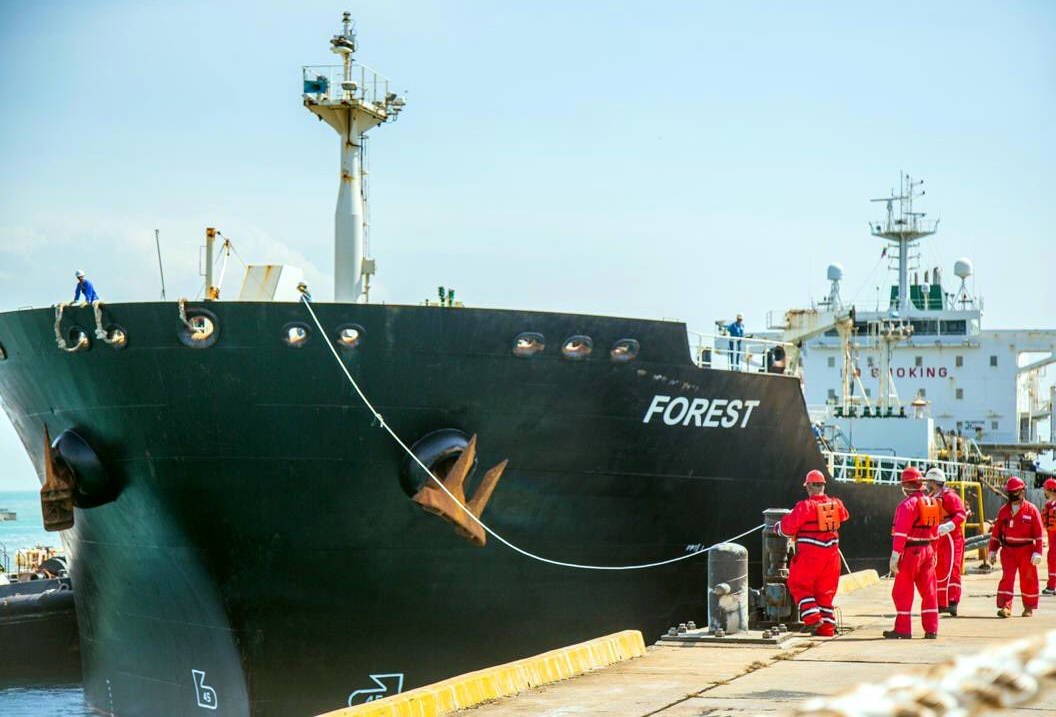