Ships in Quarantine as Brazil Struggles With COVID-19

The shipping industry continues to find itself caught in Brazil’s struggles with the COVID-19 virus. The ports, which are vital to Brazil’s economy, are being challenged to manage operations with several ships being quarantined as the country’s health officials attempt to stop the spread of the virus.

Experts have cautioned with its densely populated urban slums and rampant poverty, Brazil is both highly vulnerable to virus and likely to remain a hot spot for some time to come. Indeed, the World Health Organization cautioned of regional spread of the virus across Latin America saying that Brazil and the Americas are developing as the new global hot spot for the pandemic. WHO forecasted that the infections and deaths would continue throughout the region during the next several months.

While health officials are struggling with COVID-19, Brazil’s president Jair Bolsonaro has ignored advice to take more significant steps toward containment and mitigation. Bolsonaro has spoken against measures such as lockdowns, quarantines, and social distancing saying that this would only weaken Brazil’s economy.

The shipping lines are finding themselves caught in Brazil’s struggle to come to grips with the disease and to enact meaningful controls. In recent weeks, several ships were detained for quarantine of their crews in Santos, the region’s largest container port, and now reports are surfacing of similar problems spreading to other ports in Brazil.

The Brazilian Health Regulatory Agency (Anvisa) is overseeing all the efforts, monitoring the movements of ships and crews requiring reporting of all health issues. They have been overseeing COVID-19 testing and the implementation of quarantines. 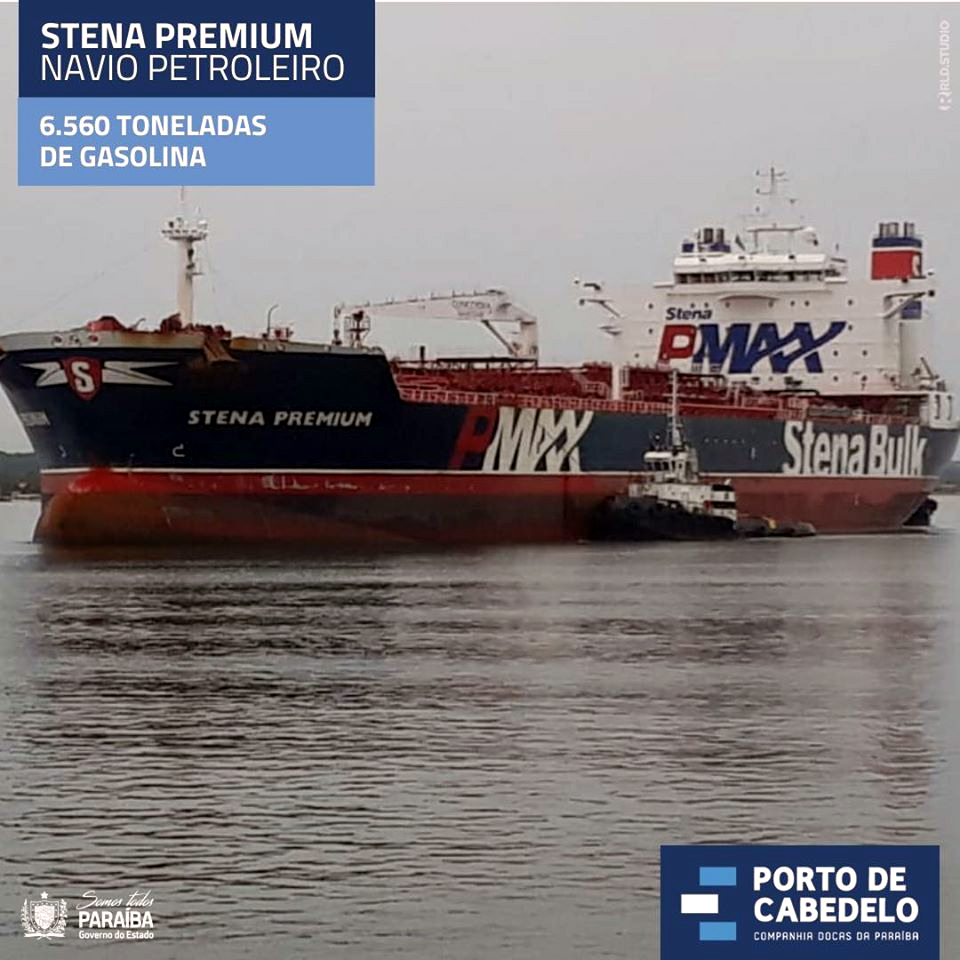 Stena Bulk’s product tanker the Stena Premium, one of the company’s smaller P-max tankers (total carrying capacity of approximately 67,000 tons) is the latest vessel to be reported quarantined in Brazil. When the ship arrived at the port of Cabedelo on April 24, it was reporting crew with symptoms and later six crew members tested positive for the virus. One of the crew members was later taken to a local private hospital while the vessel was placed in a 14-day quarantine.

While the initial quarantine was completed, two additional crew members later tested positive which resulted in an extension of the quarantine order. Despite protests from the ship’s captain, the Stena Premium remains in port.

At Santos, however, the situation has improved for some of the ships that have been placed in quarantine. The MSC Giselle, a 9400 TEU container ship, had been held pending tests on its crew but the ship was permitted to depart continuing on its route to South Africa. Similarly, the MSC Cruises ship the MSC Seaview has completed its quarantine so that MSC can begin crew repatriation.

The 5300 TEU container ship Barbara, however, remains in quarantine in the Santos anchorage after reporting cases of the virus among its crew. Additional, the Brazilian container ship Log In Jatoba is also in quarantine with the majority of its crew reportedly testing positive for the disease.

The shipping industry is likely to continue to experience challenges in Brazil as the country continues to struggle to contain the virus.