Royal Caribbean International is delaying the introduction of its new cruise ship the Odyssey of the Seas for six months. Currently under construction at the Meyer Werft shipyard in Papenburg, Germany the new cruise ship had been due for delivery in the fall with a maiden voyage in November 2020.

The second of Royal Caribbean’s Quantum Ultra Class ships, assembly is proceeding at the shipyard but has been slowed by the coronavirus as well as reports of two minor fires during the fitting out process. This week, Meyer had released photos showing that they are preparing to reposition the ship near the doors of the building hall, the last step before the Odyssey of the Seas will leave the building hall for final fitting out alongside and its conveyance on the Ems River. 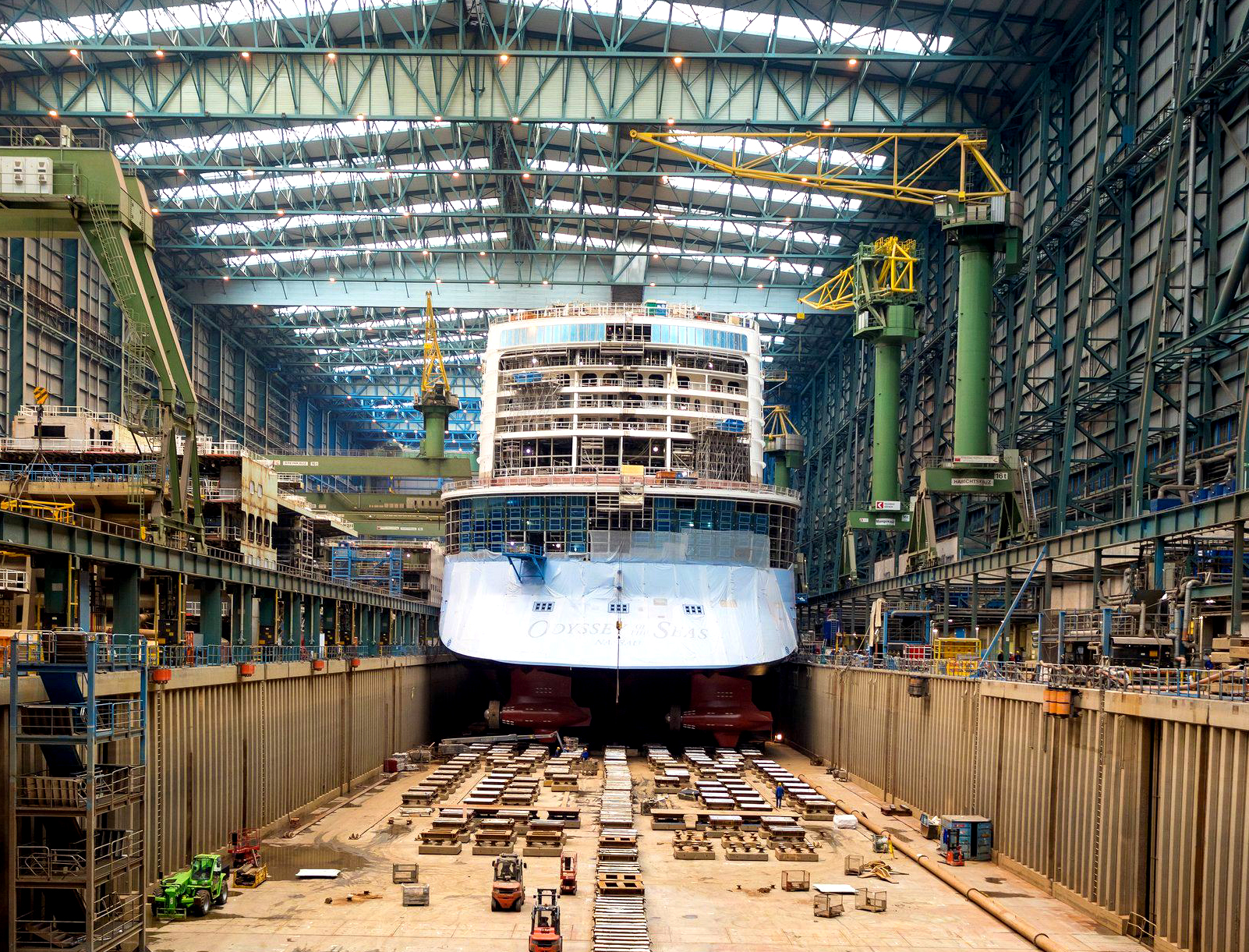 Royal Caribbean announced the delay to passengers booked on the ship’s fall and winter cruises in North America pointing to the impact of worldwide port and shipyard closures that it said created delays in the construction schedule and delivery of Odyssey of the Seas. “Based on adjusted plans and timelines created in partnership with the Meyer Werft shipyard in Germany, delivery of Royal Caribbean’s newest ship is now scheduled for April 2021.”

Meyer Werft said publicly that it anticipated the cruise lines would seek to delay deliveries and future constructions in response to the impact of the coronavirus and the ongoing suspension of cruise operations. Nonetheless, the delay comes as another blow to the shipyard that for over twenty years has specialized in cruise ships. The yard had developed systems and processes with prefabrication and block assembly that permitted it to deliver two large cruise ships each year.

The delays however have put increased financial pressures on Meyer Werft. In a message to its employees, Meyer said that it had been forced to seek additional short-term financial support until the cruise ships are delivered. While the cruise lines typically make progress payments during construction, the yards receive large payments on delivery.

The rescheduled delivery for Odyssey of the Seas comes as Meyer continues discussions with its other cruise line customers including P&O Cruises, Disney Cruise Line, and AIDA over the timeline for the delivery of their large cruise ships. In addition to the Royal Caribbean cruise ship, assembly work is also proceeding in the building hall on a large new cruise ship scheduled to deliver to AIDA in the spring of 2021. 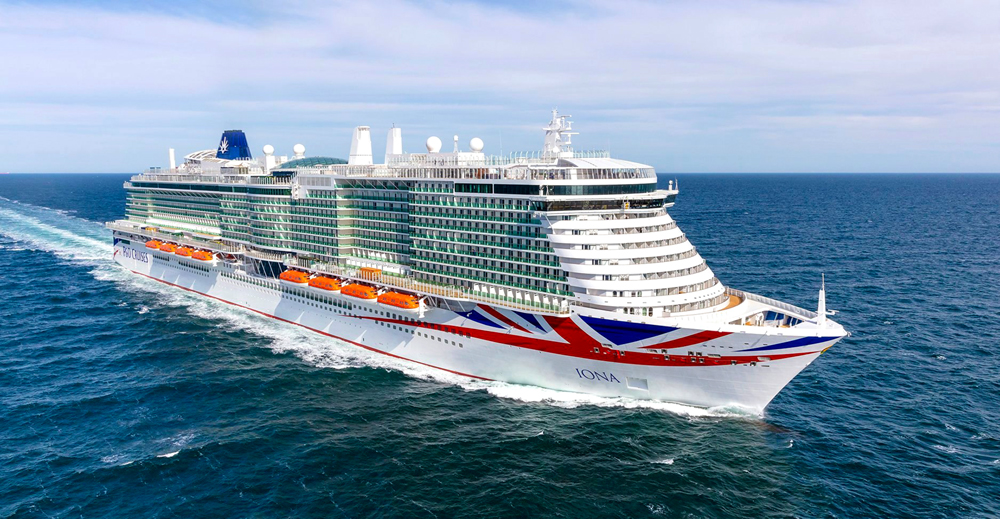 Work was also recently completed on P&O’s new cruise ship the Iona after a short delay due to slowdowns related to the coronavirus. The Iona underwent a dry dock inspection in Rotterdam but then proceeded back to Bremerhaven where she will remain until her delivery which had originally been scheduled for May 2020. P&O Cruises will only say that it is excited to take delivery of the Iona and “is currently talking to Meyer Werft about the final outfitting and confirmation of the delivery date.”

In addition to the large cruise ships, Meyer is also building a 56,000 gross ton smaller cruise ship at Papenburg for the UK Saga Cruises. The Spirit of Adventure had been scheduled for delivery in the summer with its first cruise departing Dover, England on August 21. Saga recently began informing passengers that after only a slight delay the ship will now enter service on November 5, with an inaugural cruise from Southampton to the Mediterranean.

Meyer and the other large shipyards building cruise ships have all reported that the cruise lines are anxious to slow deliveries to manage cash flow and liquidity especially during the current suspension in operations.