Photos: Fire Out on X-Press Pearl as Sri Lanka Orders Tow Out to Sea

A salvage crew was able to board the smoldering wreck of the containership X-Press Pearl nearly two weeks after the fire began and nine days after the vessel was abandoned. While the survey of the vessel is ongoing, the government of Sri Lanka fearing further environmental damage late today ordered that the ship should be towed out into deep water.

Officials from the Indian Navy, which assisted with the firefight, along with the Sri Lanka Ports Authority, confirmed that the fire has been extinguished and determined working with the salvage team from SMIT that a crew could go aboard the vessel today, June 1. Reports indicated that in addition to the extensive fire damage, the salvage crew determined the firefight had flooded the engine room of the vessel. Divers were also going to inspect the exterior of the hull looking for signs of fatigue. However, the authorities continue to report that no oil has leaked, although the vessel has 325 metric tons of bunker fuel aboard. 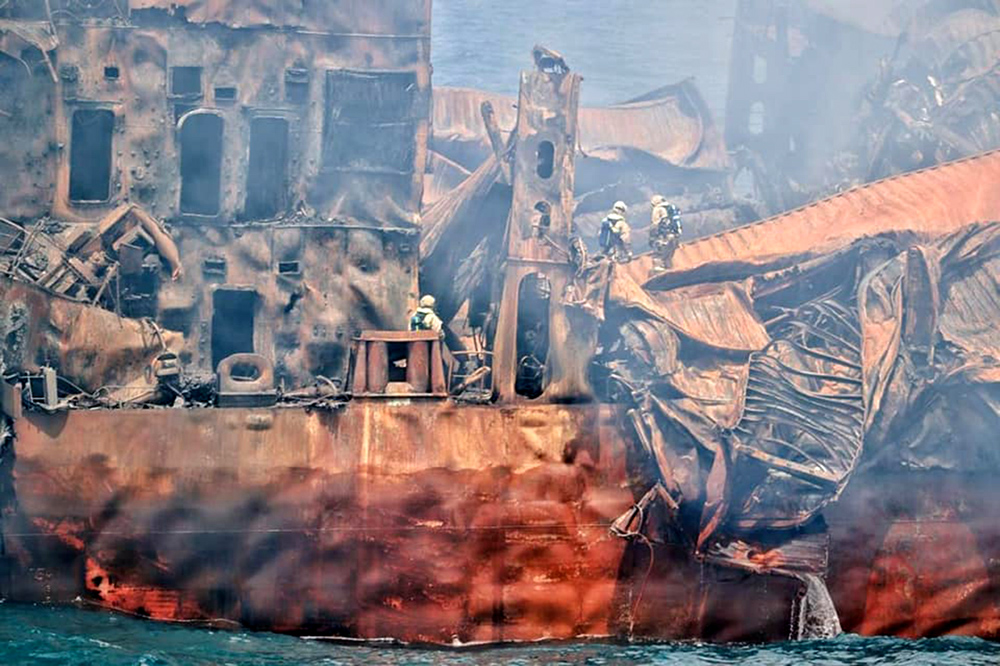 Sri Lanka’s Marine Environment Protection Authority has already called the incident the worst environmental disaster in the history of the country, but fears continue that the situation could be made worse if the vessel sinks. After a special meeting of government ministers, along with representatives from the navy, air force, and ports authority, Sri Lanka’s President Gotabhaya Rajapaksa issued an immediate order directing that the X-Press Pearl be moved to the deep sea further away from the coastline.

Shortly after the fire had begun, the government had also directed that the vessel be towed away from the anchorage, but at that time it was deemed not practical based on the fire and monsoon conditions in the area. The X-Press Pearl has remained at anchor approximately 9.5 miles outside Colombo since she arrived on May 19.

Separately, the Criminal Investigation Department sought a court order barring the vessel’s captain, chief engineer, and second engineer from leaving the country. The court ordered that the three officers must remain in Sri Lanka while the investigation is ongoing. CID Officers have already recorded statements from the three officers as well as from the vessel’s port agent, the Colombo Harbor Master, the MEPA, and others as part of the investigation into the cause of the disaster. One of the points they are exploring is when the captain first learned that chemicals were leaking from one or more of the containers.

Salvage operations for the three-month-old vessel, which is believed to be a total constructive loss, are being led by the Dutch company SMIT, which sent firefighting tugs and specialized equipment from the Netherlands. A total of nine Sri Lankan ships and three Indian vessels were involved in the firefight, supported by aircraft from the Sri Lanka Air Force. 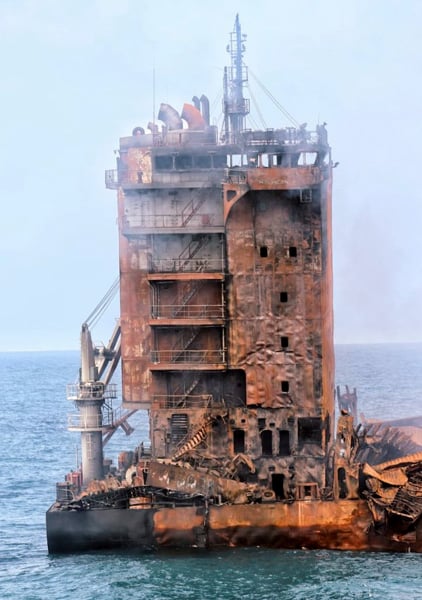 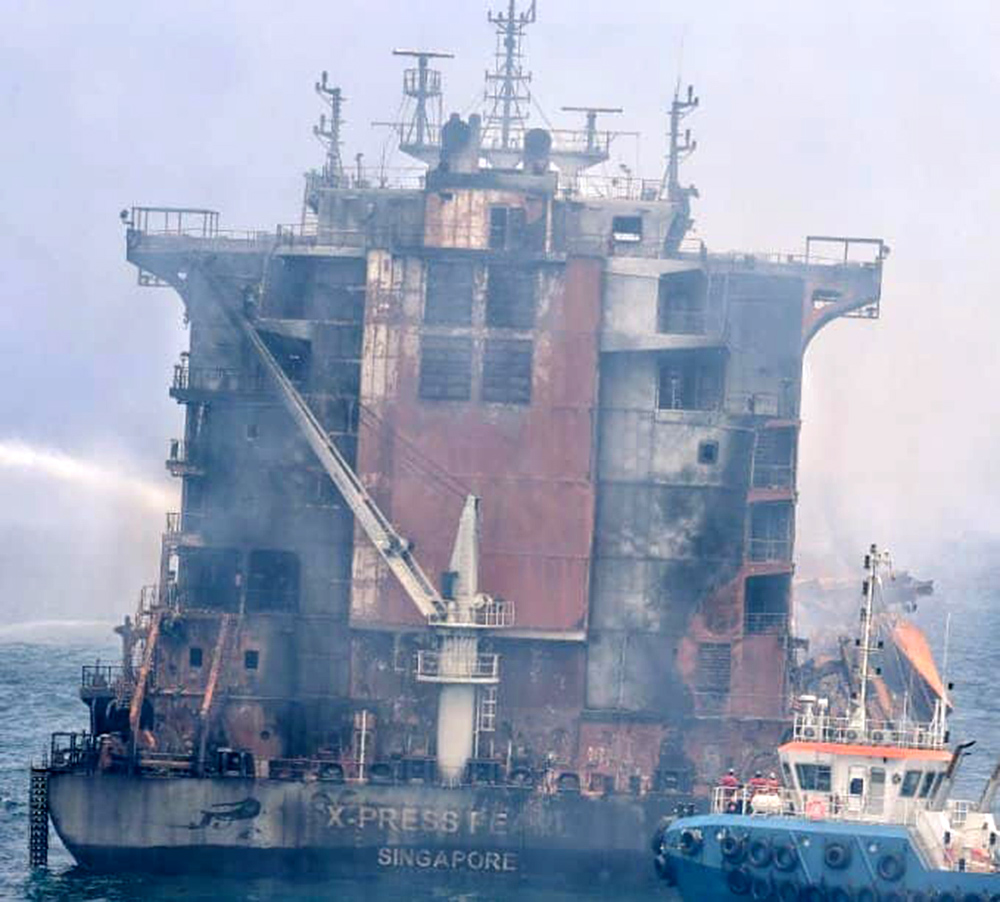 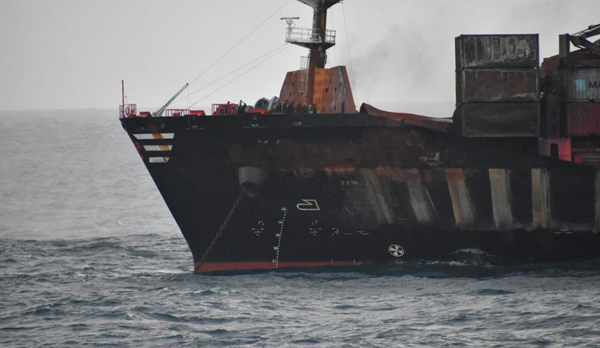 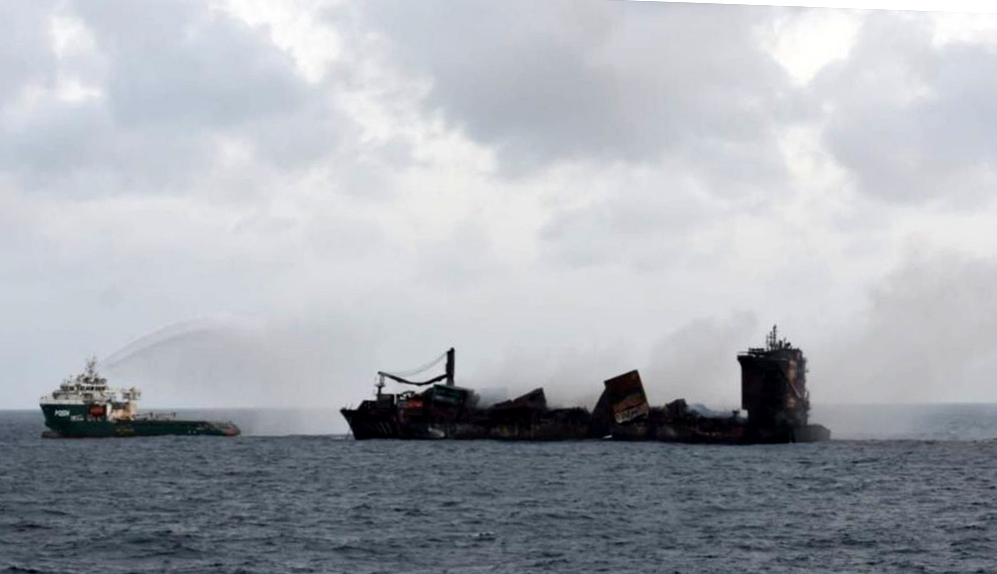