A historic World War II vintage ship, the USS Slater, which is the last U.S. Destroyer Escort afloat in America, is expected to make the trip along New York’s Hudson River on Friday, August 21. While she will be moving with tug boats, the trip is a unique opportunity to see a historic ship moving along the picturesque river.

There are less than a dozen surviving destroyer escorts, and the USS Slater is the only ship that is still in its World War II configuration. Built in Tampa, Florida starting in 1943, the USS Slater (DE766) is the last surviving Cannon class destroyer escort that served in the United States Navy during World War II that is on display in the United States. She was one of 563 similar ships constructed between 1943 and 1945. The destroyer escorts were built to fill a critical role in the Allied anti-submarine campaign.

The origins of the destroy escort class trace their origins to the beginning of World War II when the British Navy asked for American assistance which resulted in the design of this new class of warship. The resulting British Hunt class destroyer combined heavy anti-submarine and anti-aircraft weapons with the latest electronic equipment for detecting enemy vessels. The destroyer escorts were designed to be maneuverable, high speed, long-range vessels that could be built quickly due to their all-welded construction.

Commissioned in 1944, the USS Slater was named for a sailor Frank O. Slater, who was killed in 1942 serving aboard the USS San Francisco during the Battle of Guadalcanal. The USS Slater saw service first on the Atlantic including convoy duty before being transferred to the Pacific in the closing days of the War. After the surrender, she was on again on convoy duty before returning to the United States at the beginning of 1946 and being decommissioned in the spring.

In 1951, she was transferred to the Hellenic Navy and renamed Aetos she served for 40 years in the Greek navy completing more than 3,223 voyages for cadet training, patrols, exercises, and independent missions. She sailed 617,876 nautical miles and even played a small role in the Hollywood movie The Guns of Navarone. 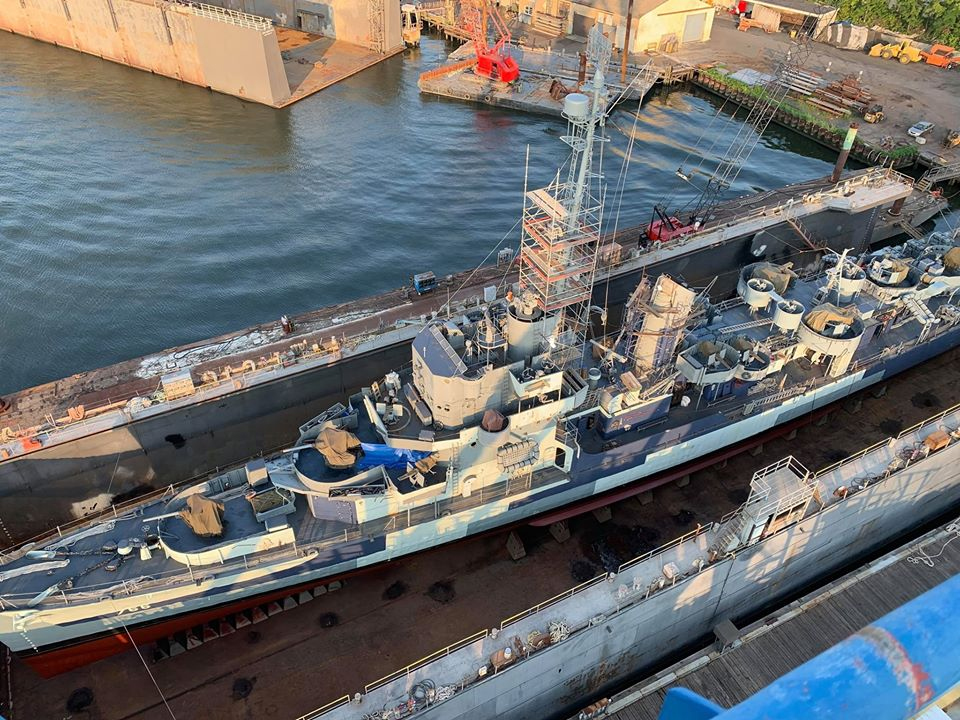 During her recent dry docking in Staten Island, New York

The Veterans of the Destroyer Escort Association found the USS Slater in Greece in 1993 awaiting scrapping and the organization established the Destroyer Escort Historical Museum. She was towed to New York City where she spent four years with volunteers beginning the efforts to maintain and restore the classic ship. In 1997, she was transferred to her permanent home in Albany, New York.

In July 2020, the USS Slater made the trip south along the Hudson River to the Caddell Shipyard on Staten Island, New York for restoration work.

The return voyage north along the Hudson is expected to begin at 10:30 a.m. time on Friday, August 21, and will last approximately 20 hours, depending on traffic on the river. Spectators can watch her journey from vantage points such as riverfront parks and the Walkway Over the Hudson in Poughkeepsie, New York.

Once she returns to Albany, the USS Slater will reopen to the public as a museum ship. She is owned, maintained, and operated by the Destroyer Escort Historical Museum, a private, non-profit, charitable organization that receives no regular government support. Additional information about the ship and the museum can be found at www.ussSlater.org. 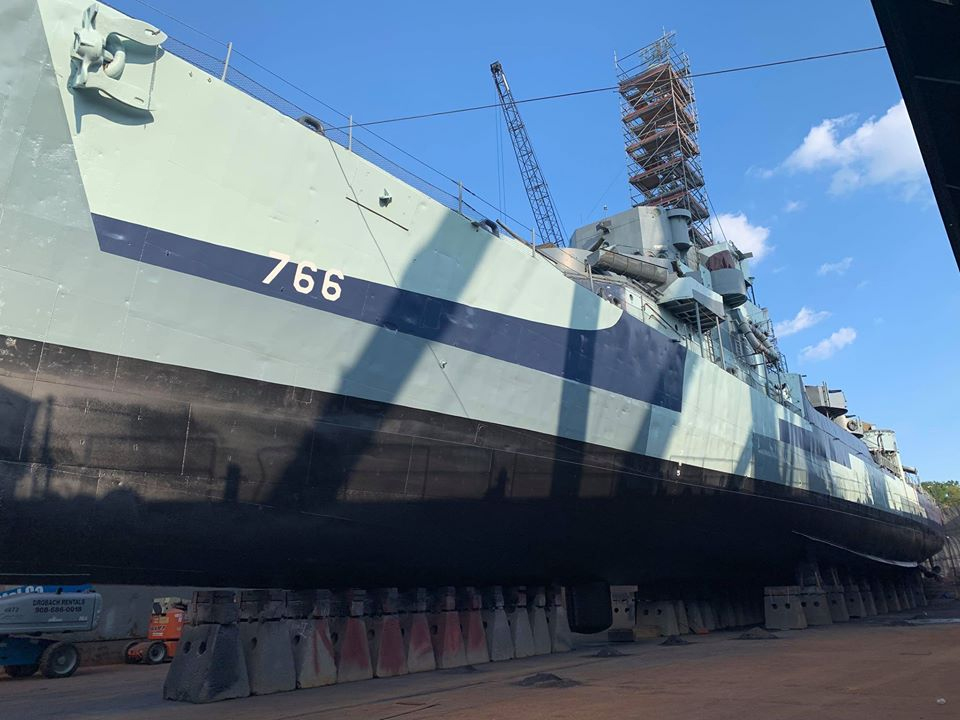