Two of Florida’s largest west coast ports, Port Manatee and the Port of Tampa Bay, are both undertaking expansion programs for their container facilities.

The Manatee County Port Authority approved on July 28 a new construction contract that will add more than nine acres to the current 10-acre paved facility adjoining Port Manatee’s Berth 12 and 14 docks. The projected valued at $8.3 million and expected to be completed by June 2021, will nearly double the size of Manatee’s facility.

“Expansion of the dockside container yard to encompass 19.3 acres not only will accommodate dynamic demand from such longtime users as Port Manatee-based World Direct Shipping and Del Monte Fresh Produce Co. but also will literally and figuratively pave the way for further global commerce opportunities at our flourishing seaport,” said Carlos Buqueras, Port Manatee’s executive director. “The expansion project is a cornerstone of the two-year, $38 million capital enhancement initiative underway at Port Manatee.”

Among the large users of the facility is the World Direct Shipping that has been importing produce and other goods from Mexico since 2014. Del Monte is in its fourth decade operating at Port Manatee, brings in bananas, pineapples, and avocados from Central and South America.

The newly awarded construction contract with the Crisdel Group of Tampa is for $7.9 million, with that amount equally divided between port funds and a Florida Department of Transportation grant. Engineering work is being completed under a separate contract.

The construction undertaking includes paving, drainage infrastructure, and high-mast lighting, as well as the installation of 150 new electrical receptacles for plugging in refrigerated cargo containers, to bring Port Manatee’s total contingent of such reefer plugs to 600. 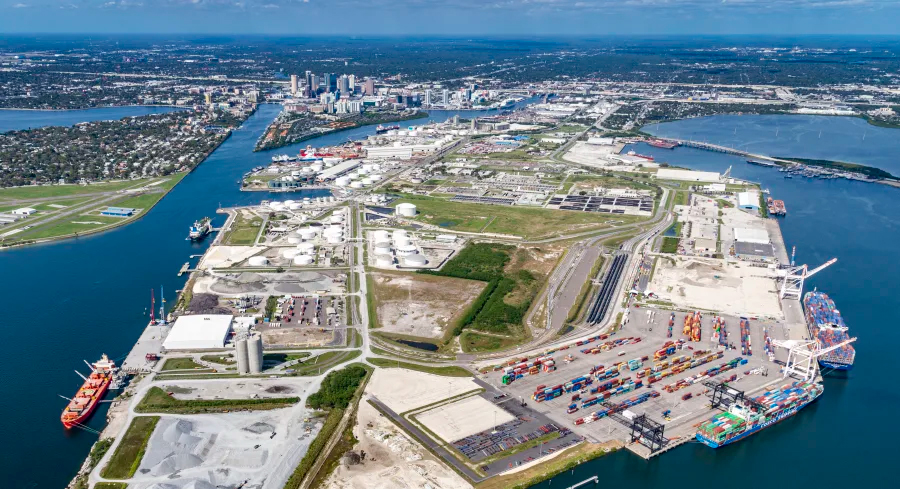 Also in the area, the Port Tampa Bay recently received a $19.8 million grant as part of the US Department of Transportation’s INFRA Grant program which will be used to complete an intermodal project to connect cargo that arrived by ship to road or rail. Port Tampa Bay will use the grant to expedite construction of a new, 1,300-foot-long berth and a 30-acre container yard.