The first of the five Iranian product tankers, the Fortune, arrived in Venezuela docking at the El Palito refinery while according to reports a second tanker, the Forest, has also entered the country’s waters. Both vessels were being escorted by the Venezuelan navy without incident. 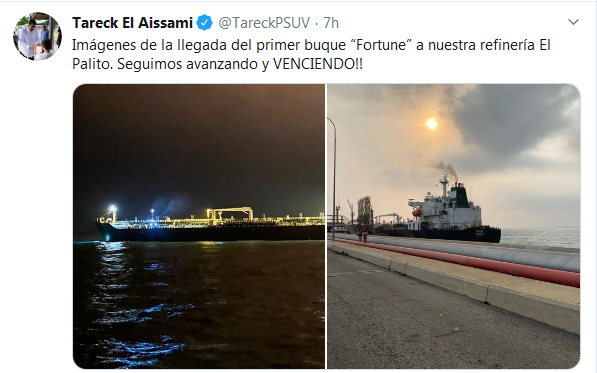 Venezuela celebrated the arrival with a series of Tweets, writing, “Images of the arrival of the first “Fortune” ship at our El Palito refinery. We keep moving forward and WINNING !!” Venezuelan President Nicolas Maduro also thanked Iran in a Tweet for its support of his nation. 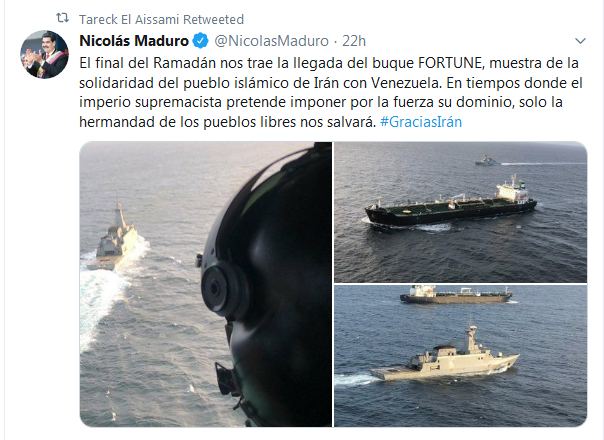 Three additional tankers, the Petunia, Faxon, and Clavel, are reportedly also carrying fuel from Bandar Abbas to Puerto Cabello. In total, it is believed that they are carrying approximately 1.5 million barrels of gasoline to the fuel-starved nation. Venezuela and Iran have both warned the United States not to interfere with the shipment.

Venezuela once was a prolific producer of crude oil with a refining infrastructure for making gasoline and diesel fuel. However, years of mismanagement, a lack of investment, and sanctions have greatly reduced Venezuela’s refining capacity and as a result, despite having large oil reserves, Venezuela suffers from a shortage of refined fuel. Gasoline is being rationed forcing people to stand on long lines to get limited amounts of fuel.

In order to offset shortages, the government of Venezuelan President Maduro had been seeking fuel on the international market, contracting with another sanctioned oil producer, the Islamic Republic of Iran. Both countries are currently under U.S. sanctions with the U.S. aggressively seeking to cut off Iran and Venezuela’s oil exports. Exporting the fuel to Venezuela will provide Iran with much-needed income.

The United States for its part has been closely monitoring the shipments, which it believes are being paid for with gold. The Trump Administration has also been getting more aggressive regarding its sanctions. Recently, the U.S. State Department released a long paper on the tactics used by rogue nations to avoid sanctions. The paper detailed the practices and warned shippers that they could face sanction violations. 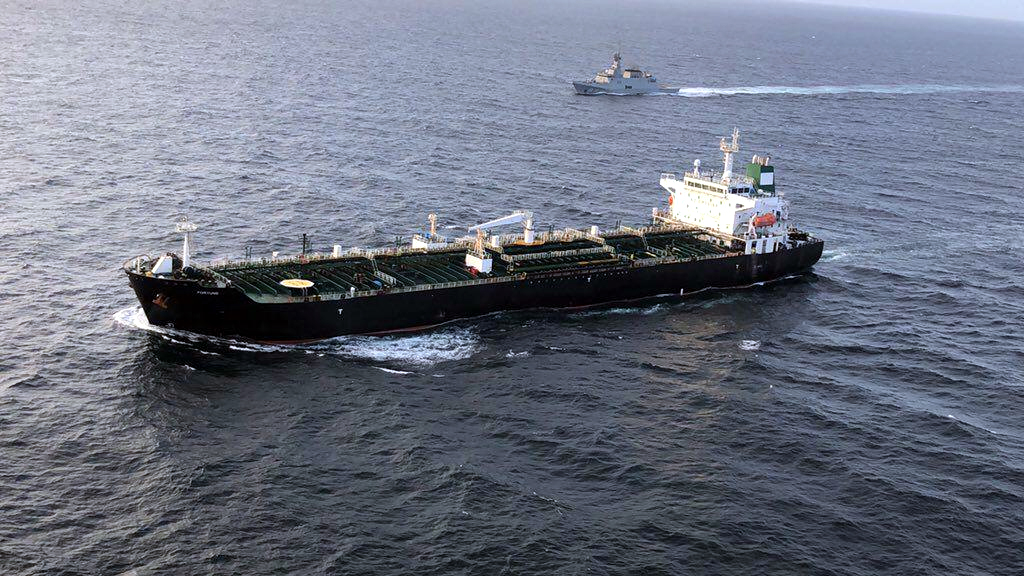