The fire aboard the car carrier Hoegh Xiamen is now contained and under control, the Jacksonville Fire Department reported Sunday. The successful containment effort is due in large part to cooling provided by the department’s fire boats, officials said.

The fire continues to burn in the ship’s upper decks, and it may continue for days, according to U.S. Coast Guard Capt. Mark Vlaun, the commander of Sector Jacksonville. “That top layer is basically on fire from stem to stern. If we can do two things – keep the ship cooled and intact and afloat – we can minimize any threat to the environment or any continued threat to the public,” Capt. Vlaun said at a recent press conference. 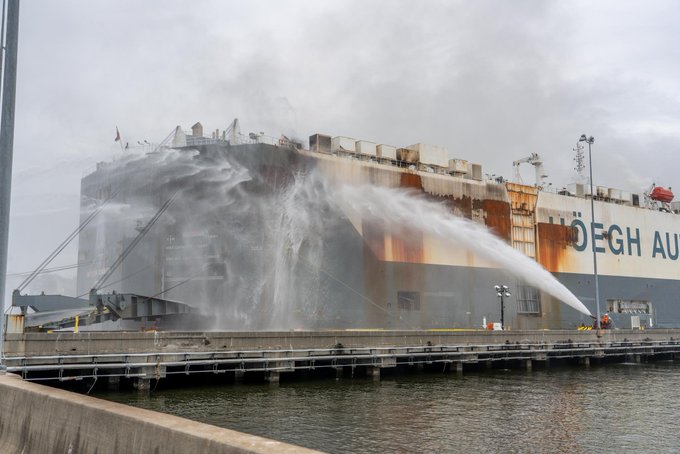 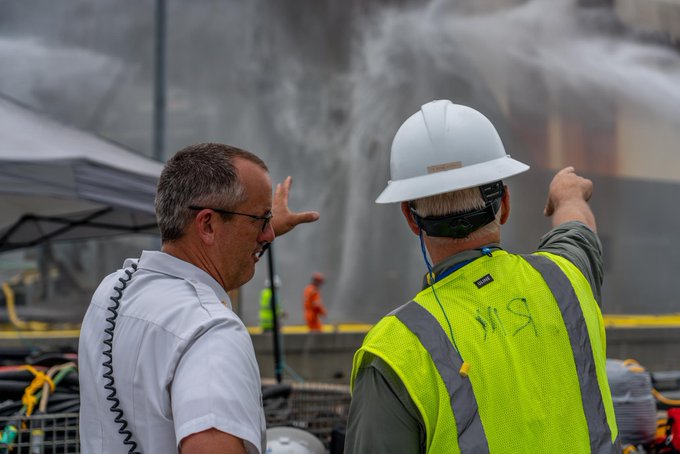 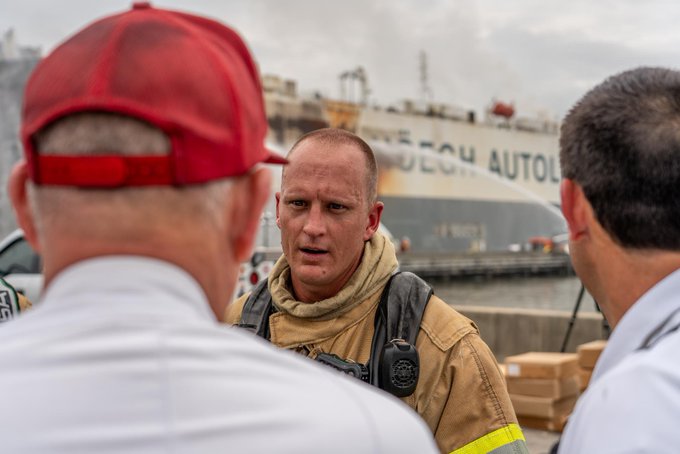 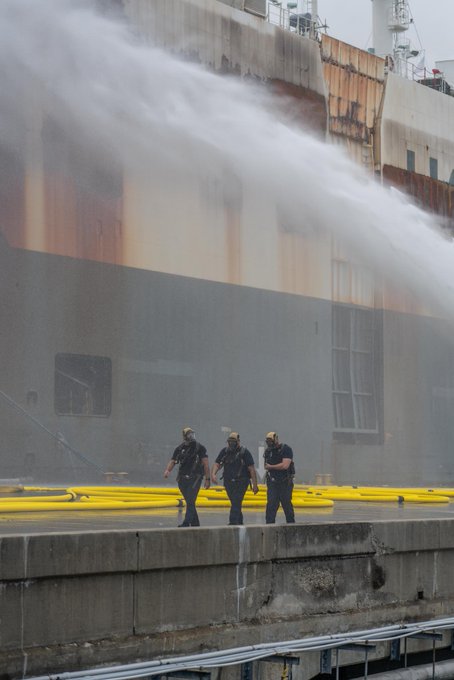 Except for a brief foray to determine the extent of the fire and the status of containment efforts, response personnel have largely stayed off the ship since the explosion that injured eight firefighters Thursday night. At least four of them have significant burn injuries – including burns to the hands and face – that will require extensive recovery time, according to JFRD Chief Keith Powers.

As the response team waits for the fire to burn out, fireboats and pierside units are applying more than 25,000 gallons of cooling water every minute. The ship remains on an even keel and steady draft, according to Capt. Vlaun – a positive sign that the firefighting water is staying out of the ship.

According to operator Hoegh Autoliners, there have been no report of any pollution. Containment booms have been placed around the vessel as a precautionary measure and the ship’s vicinity is under continuous monitoring for any sign of a spill.

“We are continually thankful for the assistance of Jacksonville’s local authorities and first responders. We are especially grateful to the Jacksonville Fire and Rescue Department who remain in attendance at the scene, where they are working to contain the fire,” said Hoegh CEO Thor Jørgen Guttormsen in a statement. “Our thoughts are with their colleagues who are recovering from the injuries they sustained as they first responded to this incident.”

The Hoegh Xiamen is carrying a consignment of used cars intended for export to the West African market, according to Jaxport. The cause of the fire is not yet known.

Gallagher Marine and Resolve Marine have been contracted for the firefighting and salvage effort.