“The tanker is safely anchored one nautical mile off Dome Bluff on the outskirts of Port St Johns and being monitored by the Maritime Rescue Coordinating Centre (MRCC),” reported SAMSA. “The tanker is not carrying any cargo. All 27 crew on-board the casualty vessel are reported to be safe and no injuries have been reported.”

While the anchorage was reportedly holding, the tug Siyanda had also secured a tow line to the stern to maintain a static tow while awaiting the arrival of additional assistance. Although the vessel is in the area called the “Wild Coast,” known for its unpredictable and harsh conditions, weather in the area at this time was reportedly not creating an additional threat to the vessel.

The larger and more powerful tug Pacific Dolphin has been dispatched from Cape Town to provide further assistance. Once the larger tug arrives, it will begin to tow the tanker to Durban where repairs reportedly will begin on the main engine and stern tube.

At the time of the incident, the Yuan Hua Hu was sailing from Singapore to Angola on the west coast of Africa. Multiple South African agencies were involved in the rescue effort, including a Transnet National Ports Authority (TNPA) helicopter that had been placed on standby overnight, should a need arise, and an oil pollution response team.

“SAMSA remains in direct communication with the vessel’s owner representatives and the master, who is providing their full cooperation to contain the threat to the South African coastline,” said SAMSA. 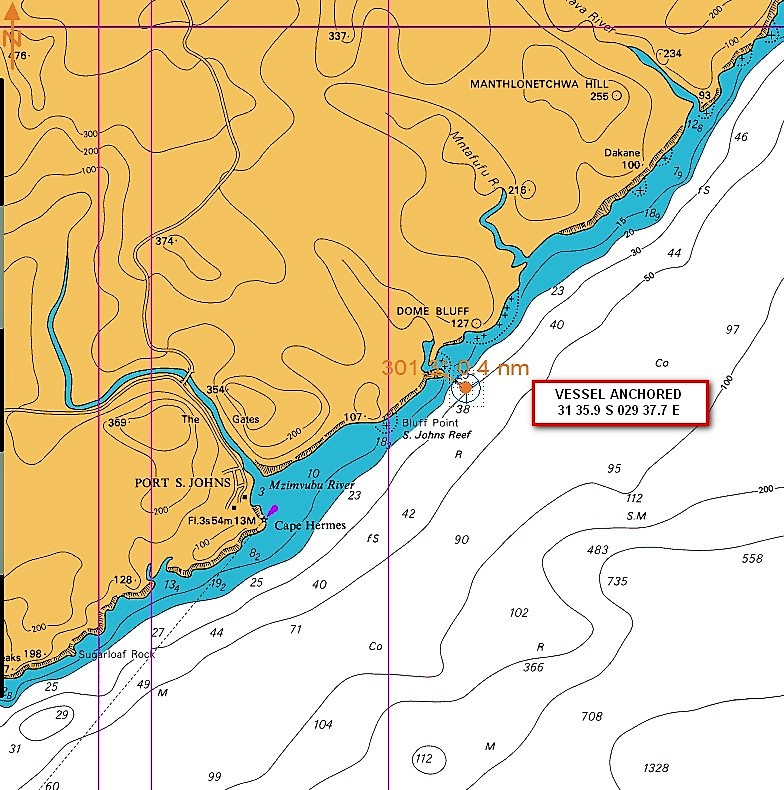 SAMSA issued this map showing the location of the VLCC