Over 70 percent of the earth that we live on is made up of oceans, lakes, and rivers. These water ways have become integral parts of our lives. One look at a marine traffic map will put into perspective just how busy our vast oceans are every minute of the day. Not only do we use these waters for trade and travel, but they also provide unique ecosystems and are necessary for the lives of billions of species including our own.

Around the world people have agreed upon the importance of keeping our waters clean and regulations are set internationally and domestically by regulatory bodies to keep pollution levels in check. In international waters, the International Maritime Organization (IMO) limits bilge water discharges to 15ppm. The U.S Coast Guard (USCG) also limits the discharge of oil in bilge water to 15ppm in US territorial waters and further limits special use areas, such as inland waterways and the Great Lakes where vessel operators must adhere to a 5ppm discharge limit or a total restriction on vessel discharges. Violations of these regulations can result in large fines as well as criminal prosecution.

Oily wastes and waste oils are byproducts of operating ocean-going vessels, which generate millions of tons of such wastes annually (Karakulski et al., 1995). Oily bilge water is the mixture of water, oily fluids, lubricants and grease, cleaning fluids and other wastes that accumulate in the lowest part of a vessel called the bilge from a variety of sources including engines, piping, and other mechanical and operational sources found throughout the machinery spaces of a vessel (EPA, 2008). Most of these wastes are generated in the vessel’s engine room and end up in the bilge before being discharged overboard. It is at this time that your oily water separator and bilge oil content monitor are put to the test.

Since 2005, when MEPC.107(49) began being enforced, light scatter technology has ruled the oil content monitor market. However, despite the technology’s apparent popularity, OCM’s that use this technology are often plagued with considerable maintenance needs, false positive high readings, and false negatives from misreads of ultra-emulsified oils. This all comes down to how the these OCM’s detect oil molecules. 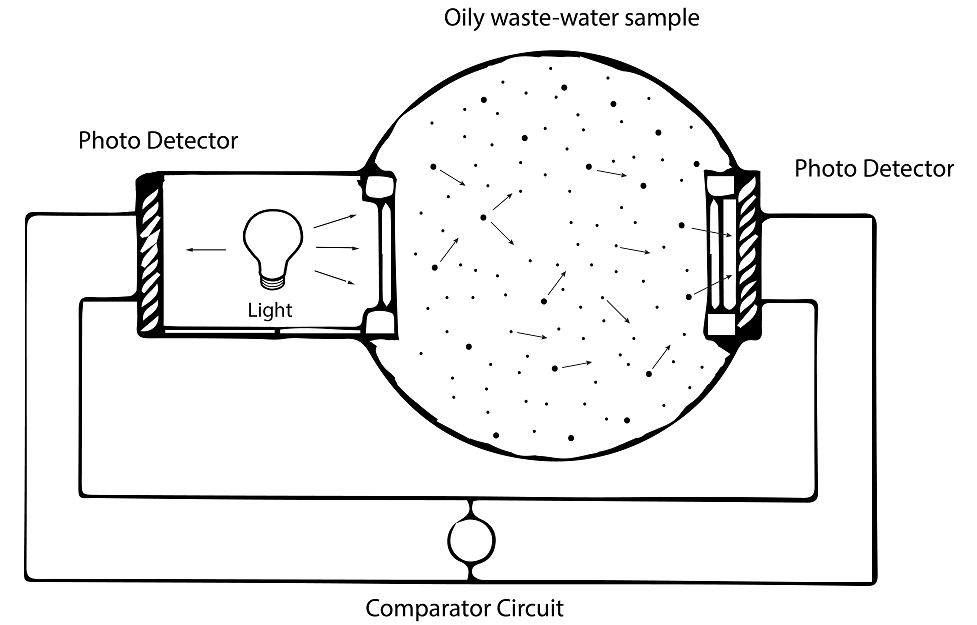 Light scattering detection technology works by shining a laser light into an oily waste water sample. This laser gets reflected off various molecules in the water, attenuating the light energy before it is absorbed by photo detectors on the opposite side of the cell. The scattering of light in general is dependent upon the oil droplet size and refractive index as well as the concentration of droplets. This ratio of light energy in to light energy out correlates to a concentration level in parts per million.

Steve Ketchum brings over a decade of experience onboard Navy ships to his position as the Director of Product Development & Environmental Product Management at NAG Marine and has had ship efficiency in mind when working with Turner Designs Hydrocarbon Instruments in developing NAG’s latest oil content monitor. “The laser light is not discriminating,” Ketchum explains. “In other words, it cannot tell if a molecule is oil, particulate, or sediment. In situations where there is a lot of turbidity, the light in / light out ratio of a light-scatter oil content monitor will interpret this as a high concentration of oil and you’ll waste a lot of man-hours trying to fix a false positive high alarm.”

These interferences keep the onboard oily water separator in recirculation, often causing confusion over where the real issues lie. “We’ve come across numerous ship Engineers who contact us to replace their Oily Water Separator because they are stuck with constant 15ppm alarms. However, we find that their problems are usually misdiagnosed to the OWS, when the real culprit is their Oil Content Monitors,” Ketchum states.

Old ships and dirty bilges covered in rust, silt, soot, and ash will often require considerable maintenance to ensure proper operation of the monitor and sadly, even attempts to clean the ship bilge could result in further issues for a light-scatter OCM. Surfactants and detergents that are used to clean the dirty surfaces are designed to breakdown oil particles into tiny, ultra-emulsified particles. In many cases, the photo detectors in light scattering OCMs are not sensitive enough to detect an ultra-emulsified oil of less than 10 microns in size. This could result in a false negative, allowing ultra-emulsified oils to be discharged over the side of the ship producing a tell-tale oil sheen on the water.

The maritime industry needs an updated solution, and fluorescence technology is poised to be just that. NAG Marine has been on the forefront of using fluorescence oil detection technology for the last decade and recently released an updated model of their TD-107s Bilge Oil Content Monitor.

Fluorescence based OCMs, such as the TD-107s, supplied by NAG Marine, overcome the problems posed by light scatter by using UV fluorescence technology to detect oil molecules in bilge water. Oil is comprised of fluorescent compounds, each having a unique wavelength “signature”. Using fluorescence, these compounds can be detected as an actual concentration of oil in water, with detection limits down to the parts per billion level. 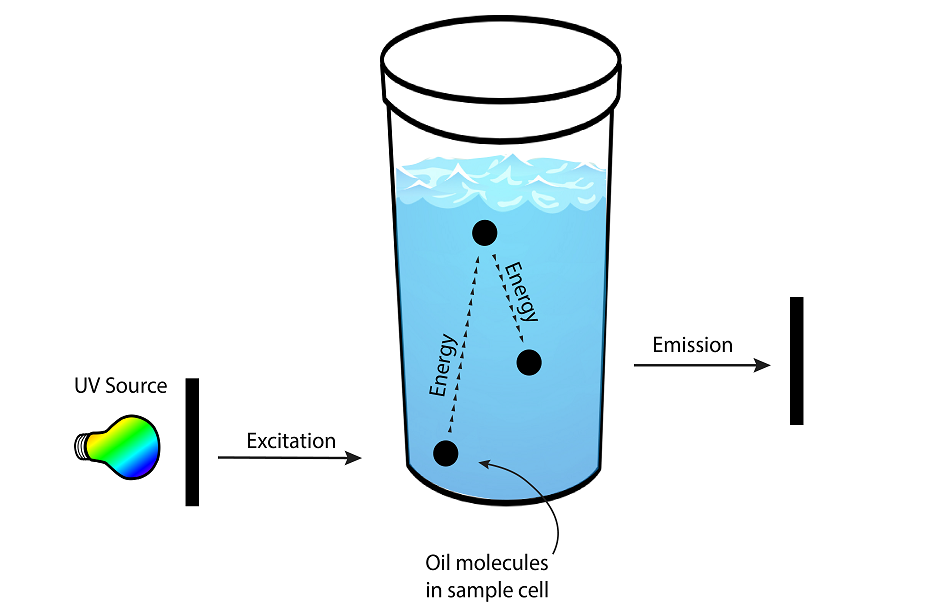 By focusing readouts on a specific wavelength, a fluorescence-based monitor can ignore solids such as rust or silt and is less affected overall by turbidity, ultimately preventing false positive high readouts. Fluorescence is also capable of detecting ultra-emulsified oils to the parts per billion level, far greater than competing light scatter OCMs.

By putting proper oil detection technology in place, it is possible to save man-hours and the enormous costs associated with pumping oily-waste off to a barge or replacing an oily water separator system. NAG Marine’s TD-107s features a small footprint and offers a modular, removable detection cell for simple swap-out by the end-user via plug-and-play connections. It is IMO MEPC.107(49) Compliant and US Coast Guard approved.

This post is sponsored by NAG Marine. To learn more about the TD-107s or how fluorescence technology may be able to help improve your onboard efficiency, visit www.nagmarine.com.